My Introduction To Solo Travel 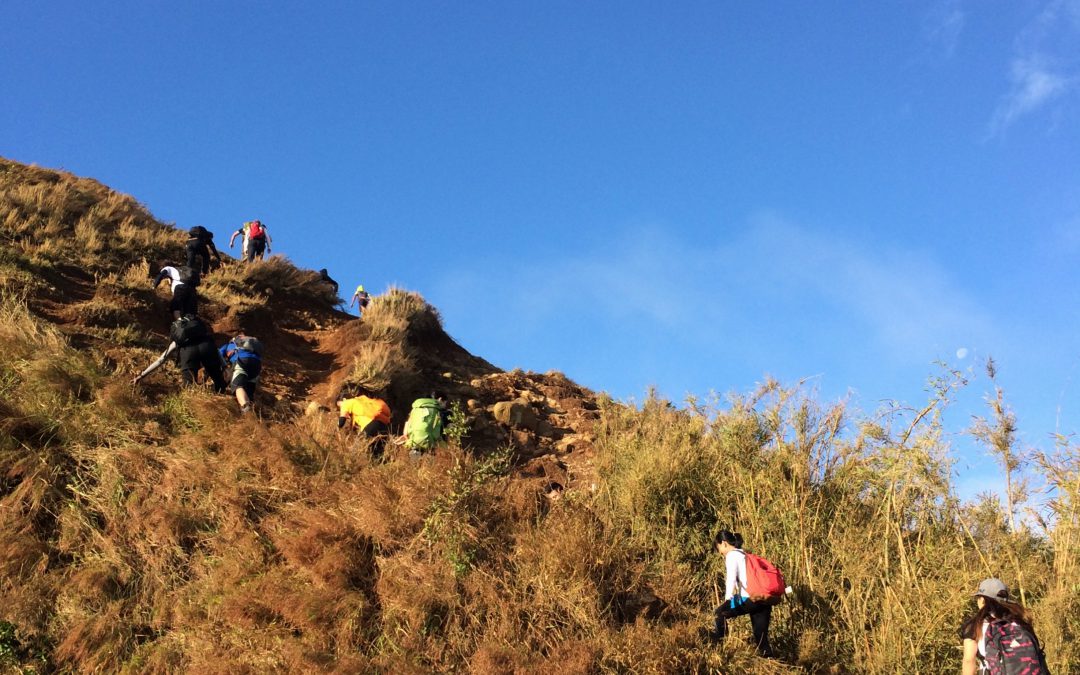 Courage is when you do things out of character. It is when you test your limits without necessarily being irresponsible. Courage is not the absence of fears but the will to overcome them. Courage is appearing tough and independent but still being able to show that you need other people’s help. Courage happened to me and this is my 6 Days 5 Nights solo travel away from all familiar, comfortable and safe.

I still can’t believe I booked that tour to join 30+ strangers on a mountain trip! I flew from Cebu to Manila just to see the sunrise at Mt. Pico de Loro in Cavite. It was breathtaking. And while it was true I downed 6 capsules of pain relievers to no avail, the experience of braving the wind and the heights were all worth it! There is no better way to kick start this 6 days travel series than to climb this rock. Read further here.

From Manila, my return ticket isn’t a return to Cebu ticket. I ferried my sore body to Iloilo instead. So what is there to see? In the tip most part of Panay Island, there’s this spectacular paradise: Islas de Gigantes. Aside from the postcard-worthy view, my experience with the people in my Gigantes tour restored my faith in humanity. The people on this island are a rare breed, or at least, different from those I hear from the news. And the food, the island isn’t called the scallops capital for nothing! I would love to come to visit and next time I’ll bring friends and a lunch box for more to-go-scallops! See detailed travel itinerary here.

This was where I panicked. Picture this: pitching your camping tent in the middle of a pine forest to spend the night only to figure out there were no other campers on a Tuesday night. That was the longest, coldest night I was almost close to tears when I heard forest sounds I was certain a wolf, a white lady and a guy smoking a fat cigar were nearby laughing at my expense. But when the morning came, it was magical! Bucari in Leon, Iloilo is dubbed as Iloilo’s little Baguio. Here aremore details about my trip.

I could board the ferry and go home but I decided to take a side trip and see a familiar face. The cousin happened to have an extra bed at the university dorm. UP Miag-ao is nth-folds the size of my dear UP Cebu but the feeling it evoked while I was there was familiar. Oh, those thick canopy of trees in the driveway made me think of hotdogs on sticks and bluebooks. It was a good visit!

On my way home I decided to take the Iloilo-Bacolod-San Carlos City- Cebu-City route because I love long road travels by bus. When I passed by Bacolod, I had to visit the famed The Ruins. It was grand!

I took this trip alone. Yes, it was scary and costly (only because it was 6 days travel). But the experience was great! These 6 days were the only days I didn’t mind I had an awkward Tagalog accent– I had to communicate in Tagalog! And yes, I felt 6 days is very short, I would want to explore the rest of Panay Island soon!