Ultimate DIY Travel in Armenia for a Female Solo Traveler 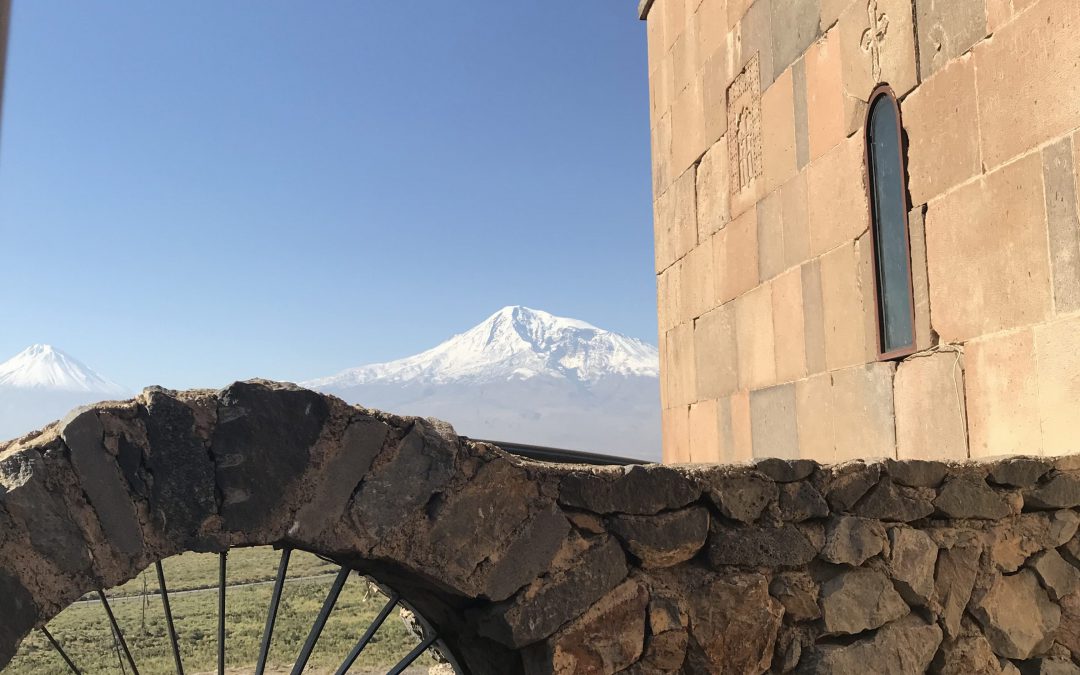 After a year of crazy work, I was crying desperately for a break.
There was a point I’ve almost lost it and said this isn’t the kind of chill I wanted and maybe Cebu was better because the beach is one weekend away and I had a dog. But I had to keep it together and so a vacation leave was arranged.

Why Armenia? I got only 5 days break and with limited time, I had only a few options.  For a Filipino passport holder, Armenia has been one of the top destinations for OFW on a visa run. It isn’t only budget-friendly and near (only 3hrs flight time) but also a visa can be obtained on arrival. So I wasn’t so surprised I was on the same plane with few Filipinos and during my stay, Armenians can identify my ethnicity even from 5 miles radius! No kidding but I was called out thrice, ‘’Hey Filippiniii, welcome to Armenia!’’, to which I politely waved back.

Months before booking my tickets, I already have an Airbnb place to stay. It kind of work for me allocating a certain amount way before the trip so I won’t have to pay for everything all at once. I’ve also arranged for airport transfer with my Airbnb beforehand so I won’t worry about how to get to and from the airport.

We reached my Airbnb home in no time. It was located in Tigran Mets Ave., about 7 mins walk from Republic Square (or 15 mins if you have small feet like me). I was greeted with a distinct sweet smell of food, my hosts were already waiting for me with traditional Armenian tea and homemade cakes, jams and fruits.

In all of my 5 days stay, my favorite part is meal time with the family. Not only because Armenian food taste very good, but I get a glimpse of how simply they lived. My hosts knew little English and have repeatedly apologized for it but I reasoned I should be the one adjusting because I’m in their country. They speak Armenian, Russian and a bit of French and I was in constant awe of the accents they make because to me, they’re all new.

While most people I know who’ve been to Armenia intended to visit during winter (due to snow), as for me it was different. I made sure the weather forecast says sunny with little chance of rain. What I didn’t know is Armenia summer does not equate the Philippines’ summer or Dubai summer. It was still way too cold I chose to stay indoors at night.

A word to describe Armenia: CHURCHES, a whole lot of them. Suggestion for those devout Catholics who have yearly Visita Iglesia tradition during the holy week, Armenia is the place for you! I can’t describe how the old churches look style-wise because I don’t speak Architecture but they’re all pretty to me and what piqued my interest are the locations of each church. There’s one on top of the hill, overlooking a vast vineyard and cemetery perfectly backdropped by the famous Mt Ararat peaks. There’s also one overlooking a breathtaking lake, surrounded by rolling hills while the other one is built on a plateau where we need to drive through mountain ridges to get there. Most fancy church of all is the one in Tatev, we had to ride a cable car and pass by a valley of greens, of cows and of sheep to get there!

After 2 days of church hunting, I intended to explore the city by foot (and probably score a date with an Armenian). However, my Airbnb host was persistent that I should see some snow. I booked my tour with them, I had the whole 7-seater car all to myself. So, off we went to the foot of Mt Ararat, it was a long drive up we were tabulating the temperature as we’ve gone along. As we got near the mountain slopes, my mood changed I don’t know if it was just really cold or I got thrilled seeing snow for the first time. ???? Turned out, it was exciting and I totally lost it— there really is an element in the snow that one acts child-like.

One thing I found amazing is being able to communicate and understand without using English. Like, I was in this old church by the lake an old lady approached me trying to sell some necklace – I had to show her my paper money so we’ll know how much it cost and so we can seal the deal. Also, in one of the tours, I was doing my self-timer shots and this girl volunteered to take my photo. To ask how you like to be photographed, what frame, what angle, etc is already a mouthful even using English but we still managed to get a perfect shot. And the most hilarious thing that happened is when I got in a cab— I simply said Republic Square but he didn’t know it and he already started the car. I desperately searched for google map which unfortunately was written in Armenian. Finally, I found the English translation and showed it to him, and we just laughed the entire way.

On my last night in Yerevan, I braved the cold and went out on my own. I had a dilemma whether to have a lovely Thai massage or go meet this guy for beer and pizza (oh yes, apparently I get asked out more anywhere else in the world than in my own country haha). Turned out the date is a complete douche so I canceled last minute and went for the massage. I didn’t get the massage either because it was fully booked. The night still didn’t go to waste I managed to grab a local Armenian… beer and pizza and went back to my Airbnb home happy and beer- tipsy.

Overall, it was a great solo trip! Very memorable for a trip that I’ve spent less than USD600 for everything (USD1= Armenian Dram 475. Round trip airfare costs only about USD300 – but during the promo, it can be as low as USD180 through a budget airline. The visa fee was USD7, valid for 21 days’ stay. My Airbnb home cost USD80 for 5 days stay and the 3-day tour I spent about USD200 since I did not join a group tour. I barely spent any food money because I was well fed by my Airbnb hosts. I don’t know what else I could say about Armenia that will convince people of going .. well, a good bottle of wine cost USD2 and beer cost USD.50!