Sea of Awesome in Mt Pulag 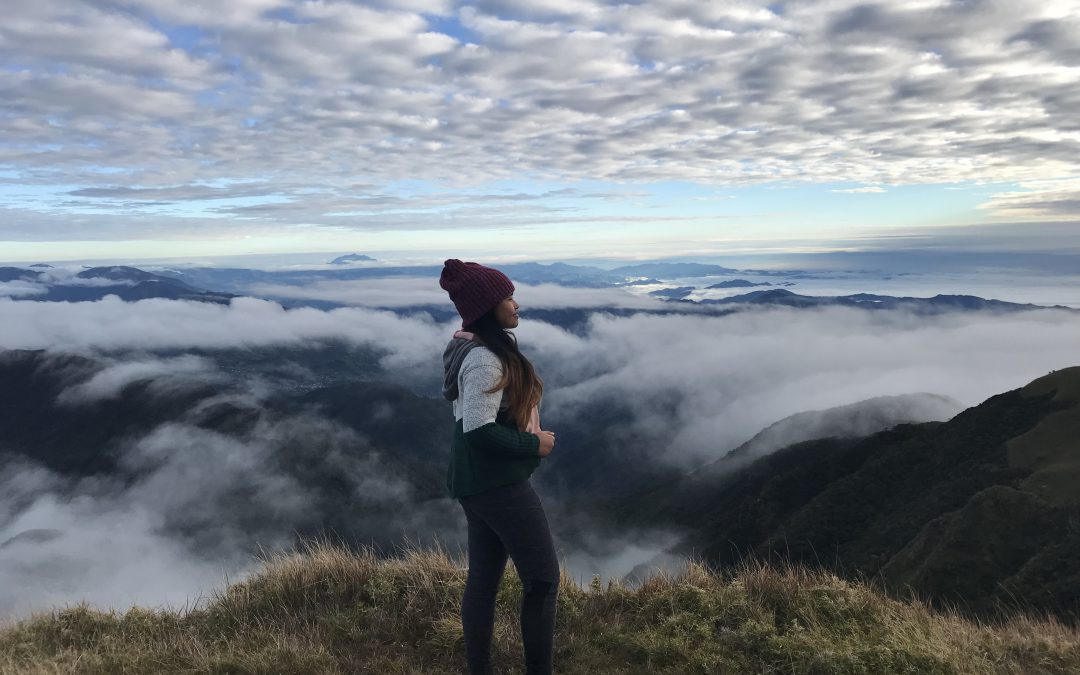 While it’s obvious I’d choose the beach over the mountains, I can’t deny I feel a sense of ‘high’ each time I reach the summit. No sugarcoating, climbing a mountain is physically exhausting but the sense of pride after a hike is very rewarding. I’m not sure if it’s true for everybody, but to me that’s how it is.

So why Mt Pulag? Honestly, I don’t know. But when I saw photos of the sea of clouds in one of the travel blogs, I told myself I have to see it first hand! And so, months before my scheduled vacation to the Philippines I got busy with the itinerary. I checked for mountain climb tours online, plot the dates and told my good friend Clar about the plan. Luckily she said yes, and she gathered 3 more friends to join us in the tour.

Trailadventours was efficient and organized, you can check the detailed Mt Pulag itinerary and tour cost here. This was my second climb with them, first time was in Pico De Loro. We met up with the group on Friday night at the bus terminal, got in the bus for Baguio City and when we reached the city early morning we stopped for strawberry taho and boarded again on a passenger jeepney going to Kabayan, Benguet. The road was bumpy, and it was very cold. Temperature was expected to drop though, after all Mt Pulag is in the highest elevation.

We had a few stops before reaching the homestay. We arrived at the inn by afternoon and though we were all tired from the long travel, our tour guides encouraged us to get up and witness the sunset. It was a very powerful picture of orange and red hues that was made even more dramatic because of the clouds. After being shookt by the sunset, we had dinner. And a brief meet& greet followed, there were about 18 of us in the tour, about half are foreigners and half are Filipinos. It was an odd mix of cultures that gathered to experience one single thing, the climb to Mt Pulag!

We woke up by midnight, we were set to ascend at 1am. We had our flashlights on, we had enough water, trail food, 4 layers of clothing, reliable jackets, pain reliever medicines and basically we’ve psychologically prepped up for the ascend. The trail was easy but the cold was never to be disregarded. The wind cuts through any garments and the trail is so slippery you need good shoes and good footing. After about an eternity, we’ve reached the rolling hills in time for sunrise. We were literally running to the hills as our guide said the sun will rise in a few minutes. It was a long, tiring, muddy, definetely not-a-walk-in-the-park adventure but the beauty of the sunrise though is all worth it! And we were graced by a great weather, the sea of clouds appeared!

At about 8am we started to descend. I felt like I was more tired of the descend than the ascend as we avoided the muddy trail and had to climb more hills doing that way. We took our time though and by 12nn we were back at the homestay. We had lunch, cleaned ourselves, and took off at 3pm. By 7pm we reached Baguio City for dinner and boarded the bus for Manila. We were at the airport waiting for our Cebu flight by 5am. It was good and happy and at the same time painful experience for all of us. Will we do it again? Resounding NO! ????

No, it wasn’t like I woke up one morning feeling adventurous. Or because I wanted to belong to the growing ‘cool’ kids’ groups who are into mountain climbing. For me, it was more like of challenging myself to get out of what’s comfortable and easy. After all, life’s a lot like climbing a mountain with all its steepy muddy trails but once you reached the summit, it will all be worth it.