The 5 Guys That I Met in Tinder 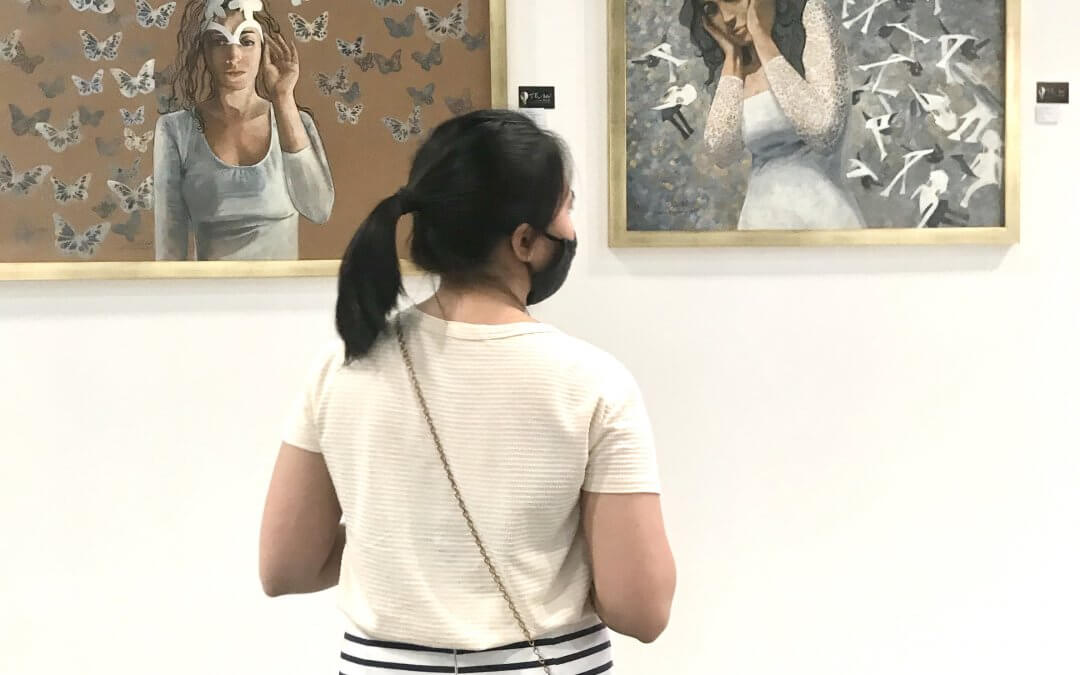 It is no secret that I am on Tinder. I have been dropping hints here & there that I use dating apps. For those who are quick to judge, you can stop reading right here, right now. I mean, I always get mixed reactions from people whenever I mention I’m seeing a guy from a dating app. It could range from “You are very desperate “ to “You are very desperate and a slut too” and honestly, maybe you are right, but… IDFGAS.

It started out of curiosity and given that I don’t fancy meeting potential romantic partners in the workplace because of my self-imposed work ethics and my routine basically is just home-office-home-supermarket-home-church-home, I didn’t really have a wide range to meet guys. So, Tinder was just perfect. I mean, sure, there could be a lot of assholes in there, kidnappers, serial killers, money scammers and the most common, the married-cheating-liars, but so are in real life. I mean, the beauty of using a dating app is you have a sense of control. You can play detective, check his Facebook, Instagram, Twitter and especially his LinkedIn profile if all his details match and check his friends’ accounts too to double-check. If he seems to be genuine, then you can start talking to him, meet him in person and take it from there. If he turns out to be an ultimate bore or worst, an asshole, then you are free to leave the date and go on again for another round of swiping left & right.

A few years ago, I read a book called “Around the World in 80 Dates” and it was a very fascinating read. It was about a lady journalist who aimed to date 80 guys around the world for one year and wrote a book about it. She treated it like a full time job and crossed borders and continents to find all her 80 dates. I definitely got the idea from her book but meeting 80 guys is too much for me and I’m not sure I have the adequate emotional prowess for the whole process. So, I am keeping my list short, hence— The 5 Guys That I Met in Tinder within the last 4 years that I’m in this city.

Ready? Out of concern for these poor guys, I won’t disclose their names. 😅 I don’t talk to most of them anymore not because we hated each other but we just didn’t work out. Maybe it was cultural differences, maybe distance or maybe along the way they realized and probably predicted I will write about them sooner or later!

• Date #1. 28, Malaysia 🇲🇾
I was in Singapore, in transit to Dubai. I swiped right because he was holding a black umbrella in one of the photos. I mean, I don’t get to see cool kids confidently holding an umbrella very often so that was me thinking, I could trust him. Turned out he was so cool, he was a bassist in a band who plays hard metal, he liked to spend alone time watching a local movie in a foreign country and he has 9 cats. At lunch, I met with his bandmates and we strolled along Haji Lane and he took my photos. It was my first Tinder date and probably the reason why I believe Tinder could still be wholesome.


• Date #2. 25, Egypt 🇪🇬
I always said I won’t date someone younger, but he has a dog, so I swiped right. On our first date, I remember we were running towards the beach, holding hands, hoping to catch the fireworks during the National Day. We were three minutes late, the show has ended so we just sat on a patch of grass and started talking about Coldplay, pasta, his military stint, our dogs and basically how the night was still fun even without the fireworks.


• Date #3. 29, India 🇮🇳
More than the profile photos, I usually read the bios before doing any swipes. But it was the time when Black Panther was trending, and I was heavily crushing on Michael B. Jordan. He looks African but apparently, he’s not. He was probably the most intellectual guy I have met (that still has adequate social skills). He was very articulate, we speak the same books, and we had the most elaborate dinner dates that last for at least 4 hours.


• Date #4. 31, Pakistan 🇵🇰
I usually swipe left on guys with a man-bun, but I made an exemption anyway because he was an artist and I dig artists (I mean, I think they’re the most interesting bunch of people walking on this Earth). To say that he was very talented in what he does is an understatement. I might add that I have never felt so connected in thoughts, anxieties included with anyone. We shared common likes for greasy food, smoothies and singing along to Backstreet boys in road trips while searching for the best shoot location for his short films.


• Date #5. 30, Egypt 🇪🇬
Another match with an Egyptian.. not really surprising since there are a lot of them in this city! Three things about him: he’s a world traveler, he’s a wonderful landscape photographer, and he is a cat dad. He has just started doing portrait photography and when his cats didn’t want to be photographed, he took photos of me instead. Though he would always request if I can smile, pretend to look happy and look less awkward.


Update: So this write up was supposedly published in 2019 but I didn’t find the courage. And just before the quarantine, I met two more. So, here you go!

•Date #6. 32, Jordan 🇯🇴
He was a long- time match, way back when I came in Dubai in 2016. I was already talking to Date #2 at that time so we never had the meet up. After 3 years, we matched again (in Bumble). It felt like we knew each other for a long time, like acquaintances just catching up the lost years. I remember him being very well-mannered, smart, sensitive, thoughtful and my definition of an adult person who is responsible. He was very attentive and his winner trait? He always reply fast to my texts!

•Date #7. 27, Morocco 🇲🇦
When I think of him now, my memory is of a cold winter night and we were sipping a cup of hot chocolate in a cafe. It honestly felt like an informal, friendly interview than a date. I remember I talked a lot that night, way more than I normally would on first dates. I asked him about his world travels and I teased him how he would almost look like “Denver” from Money Heist if he had that funny laugh.


I am not here to tell you to download the app. I am just saying that if you are single, you can always date if you want to! Have fun! 😃 I mean, what’s the worst thing that could happen? You will be judged? And will you die? But of course, because of the current situation, safety is a priority. But even with the restrictions, there are still ways to connect, after all, you start the conversations online. You just need to see if there’s an instant and genuine connection before risking it all and plan to meet in person.


How about you? Have you used any online dating platforms? How was your experience? Share it in the comments below!